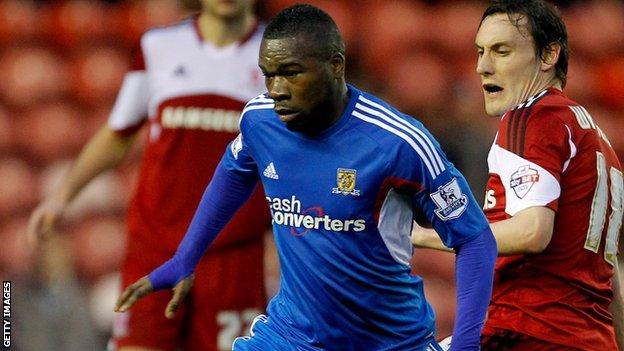 The 30-year-old, who recently spent time on loan at Championship side Birmingham City, scored nine goals in 77 league appearances for the Tigers.

He told BBC Radio Leeds: "The manager made it really clear that he wanted me to come here and that was a massive thing for me.

"The whole package was very appealing and it was an easy decision really."

Mclean could make his debut in Saturday's trip to Sheffield United.

The former Grays and Aldershot man enjoyed his most prolific spell with Peterborough, scoring 66 goals in 148 league appearances, before joining the Tigers in December 2010.

His arrival comes the week after top scorer Nahki Wells was sold to Yorkshire rivals Huddersfield Town for a fee in excess of £1m.