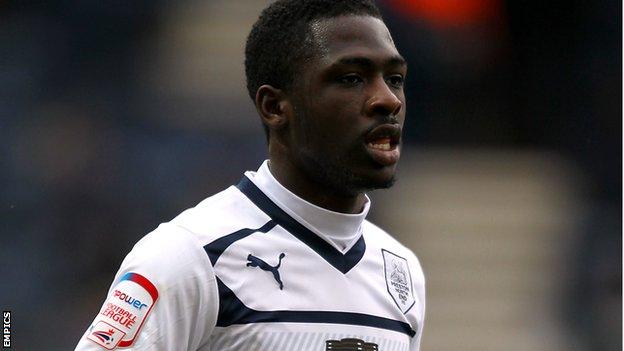 The 20-year-old former Arsenal trainee has agreed an 18-month deal with the Seagulls and has been added to their development squad.

Monakana joined Preston in May 2012 and scored six goals in 49 appearances during his stay at Deepdale.

He had a loan spell at Colchester earlier this season, where he featured 11 times, scoring once.

Brighton's head of football operations David Burke said Monakana "fits the criteria" for the type of player the Championship club want to recruit.

"He has a good grounding, good attitude and has the added bonus of more than 40 senior games at League One level with Preston and Colchester," Burke told the club website.

"Jeffrey is comfortable operating on either the left or right side. He has a year and a half left at Under-21 level, and his challenge now is to make the transition from our development group into the first-team squad."