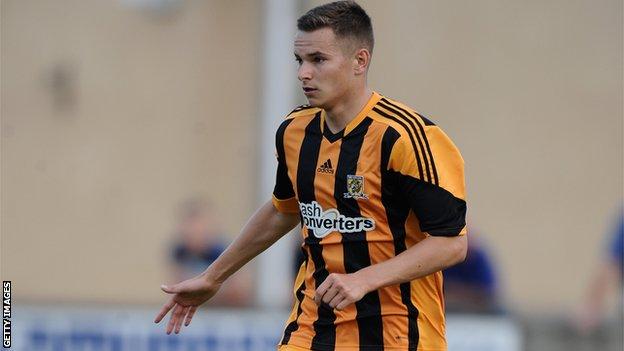 Carlisle United full-back Conor Townsend could miss the rest of the season after suffering a broken foot.

The on-loan Hull City defender, 20, for the rest of the season, having played 16 games earlier in the campaign.

He has made two appearances as a substitute since returning, but picked up the injury in training on Monday.

"Not a good start to 2014, broke my fifth metatarsal on Monday, hope to get back as soon as possible," he tweeted.

Carlisle suffered a further defensive blow when fellow left-back Chris Chantler sustained an ankle problem whilst playing for the reserves on Tuesday.