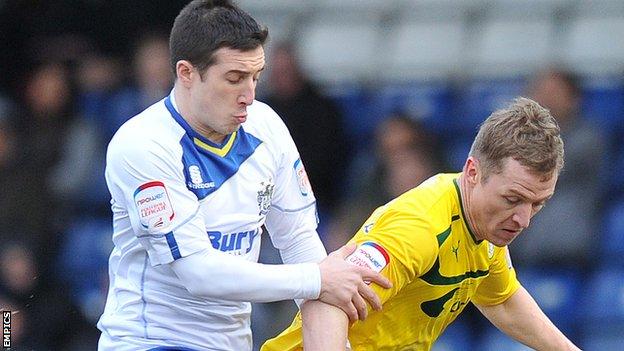 Mark Delaney, Lee Trundle, Owain Tudur Jones and Steve Evans are among the players who graduated to the Football League.

But former Llanelli manager Legg does not understand why more players from the league do not get a chance at a higher level.

"I don't know why it's not looked upon as a good breeding ground," Legg said.

"I've mentioned to many managers and scouts that there are loads of players in the Welsh Prem who can go and fit in a Division Two side or Conference side without a problem.

"There's a lot of players in the league that can go and step up. There's definitely quality there.

"But for some reason, I don't know why, it's not looked upon as a strong league."

Gap Connah's Quay striker Rhys Healey joined Cardiff City in January 2013, while in 2010 Wolves signed striker Jake Cassidy from Airbus UK before he had made a Welsh Premier appearance for the Broughton-based side.

Legg, a Welsh Premier League winner with Llanelli in 2008, said Craig Jones was an example of a player who had made the step up.

Jones left The New Saints to join Bury in August 2012 and signed a two-and-a-half year contract extension with the League Two side last November.

"I think the lad at TNS, the winger Jones, he's in the Bury side week in, week out," added Legg, 47, who won six Wales caps.

"I told a manager probably three or four years ago about him."