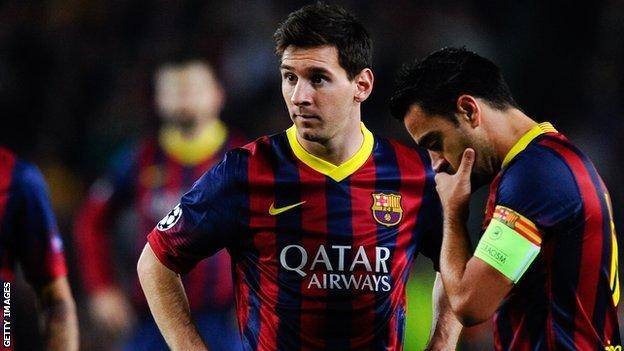 Lionel Messi has been omitted from Uefa's 2013 team of the year, in the same week he lost the Ballon d'Or to Cristiano Ronaldo.

The Barcelona forward, 26, was 13th in the voting, which saw over 6.3m votes cast by users of the European governing body's website and social media sites.

Ronaldo was named in the team for an unprecedented seventh time in a row.

Ozil was one of eight players currently playing in the Premier League to be nominated, while former Tottenham winger Gareth Bale did make the side, which is picked by fans.

Messi scored 42 goals in 45 appearances during the calendar year for Argentina and Barcelona but did not make the cut, and none of his Barca team-mates made the side either, despite the Catalan giants regaining their La Liga title in 2013.

Real Madrid, by comparison, had three players in the team with Ronaldo, Sergio Ramos and Bale all selected.

Messi, who was not selected in the side for the first time since 2007, was named in the Fifpro World XI on Monday.