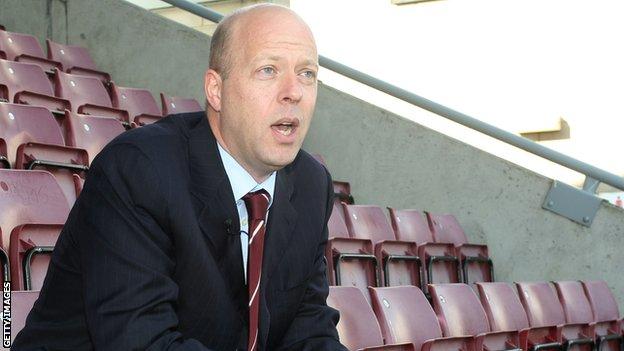 Northampton Town chairman David Cardoza has said he will appoint a new manager when "one or two situations unfold".

Andy King, 57, has been in caretaker charge since Aidy Boothroyd was but the Cobblers remain bottom of League Two.

"But we are waiting for one or two situations to unfold and then we'll have more to say. Things will become clearer in due course."

Former Swindon boss King while in charge, but has won just one of his four games at the helm.

It is a familiar position for Cardoza, who appointed Boothroyd in November 2011 with the club three points above the League Two relegation zone.

"To find ourselves in this situation is an absolute nightmare," said Cardoza.

"Two years ago we were in this position and worse. I sorted it out then, I'll sort it out again.

"I've been here 11 years. The supporters might not always agree with my decisions but they know they can trust me.

"I know we're bottom of the Football League. We've got 21 games left. We're going to turn it around and make sure that whatever decision gets done is the right one to take the club forward."