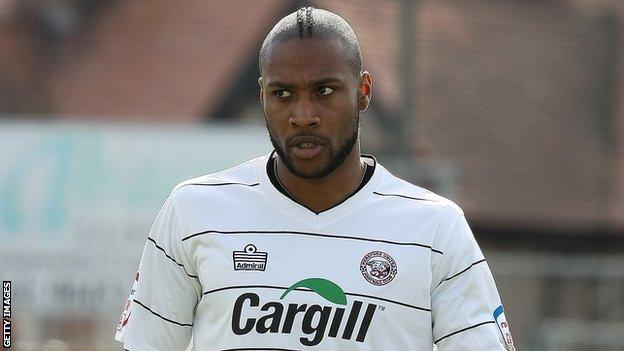 Ross County have completed the signing of Yoann Arquin after the 25-year-old Martinique international striker was allowed to leave Notts County.

Arquin has signed a one-year contract with the Scottish Premiership club.

It had originally appeared likely that he would join the Dingwall outfit on loan after a successful trial.

But the English League One club announced that Arquin, in summer 2012, had moved "on a free transfer".

"Arquin has found game time limited under manager Shaun Derry and joins the Staggies following a successful trial at the Global Energy Stadium," they stated on their website.

after the departure of Chris Kiwomya and Mick Jones.

Born in Le Havre, France, the striker began his career with Nancy before spells with Quimper, Paris Saint-Germain, where he played for their B side, and Red Star.

Arquin played 65 times for Notts County, scoring 13 goals, four coming in 19 appearances this season, but he has not played since a 16 November defeat by Wolves.

Fellow striker while and

Meanwhile, defender Evangelos Oikonomou has returned to Victoria Park after a spell back in Greece with Veria.