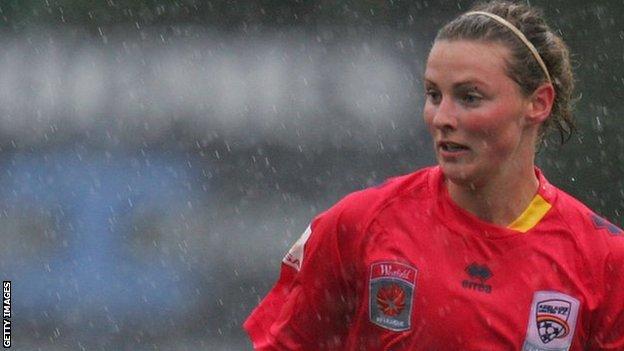 Green has won 55 international caps so far, scoring seven goals, and played in the 2008 and 2012 Olympic Games.

Seeing the signings that have already been made it's very exciting

She said she was thrilled to be playing in the Women's Super League: "I've only heard good things about Notts County."

Green, who will link up with the squad in March before the season gets under way in April, added: "Seeing the signings that have already been made it's very exciting.

"I've got a couple of friends who have played in the league so I've always followed the league closely. It's great to now have the opportunity to play in England."