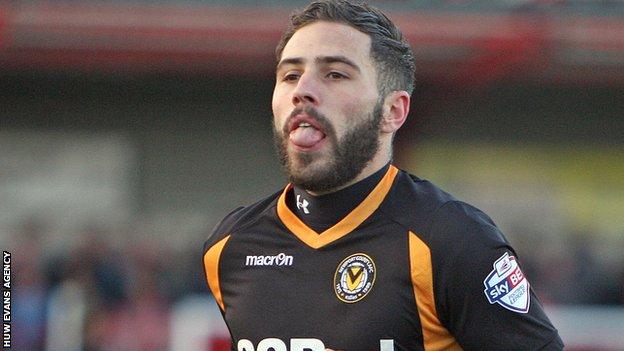 Willmott says his signing repays the loyalty the club has shown him since he joined from Cambridge United in 2013.

"The club has been very good to me and made me feel very welcome," said Willmott.

"[Manager Justin Edinburgh gave] me my first chance in league football so I wanted to repay the club and get as much security as possible behind me."

Added Willmott: "It's a massive thing for me. I turned 24 in the summer. There was no doubt i wanted to stay here and stay here as as long as possible."

Edinburgh's side are currently eighth, one place and one point of the play-off places.

That was after Willmott scored one of the goals as Newport fought out a 3-3 draw at Accrington Stanley last weekend.

Willmott believes Newport have the strength to make it in to the end of season play-offs but is taking nothing for granted.

"We've got a very strong squad. We don't look at the table. The league is so tight - the points are going everywhere.

"We just want to get three points against Dagenham on Saturday."