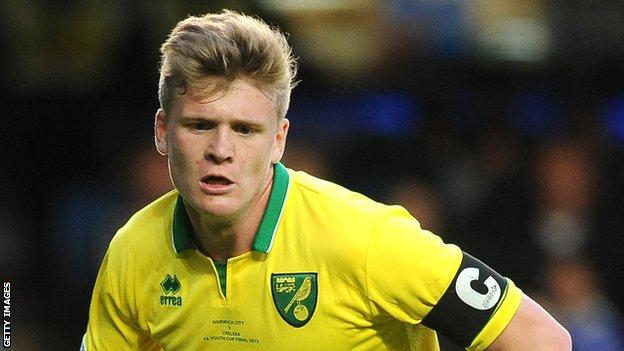 The 18-year-old scored in each leg of the Canaries' 4-2 aggregate win over Chelsea in last season's final.

"Cameron is all-action, he's strong, he can play, he can tackle and he gets around the pitch really well," said Hatters boss John Still.

Who is Cameron McGeehan?

"It's another player we've had our eye on - another target that we have identified and brought in."

Midfielder McGeehan, a Northern Ireland under-21 international, joined Chelsea from Fulham for £80,000 when he was 10 years old.

The Blues released him two and a half years ago, at which point he joined the Norwich youth system.

Norwich academy manager Ricky Martin said: "It's a great opportunity for Cameron to experience senior football for a month.

"He's also going joining up with a successful squad who are currently top of the league, which is very rare and will without doubt help his development a lot."