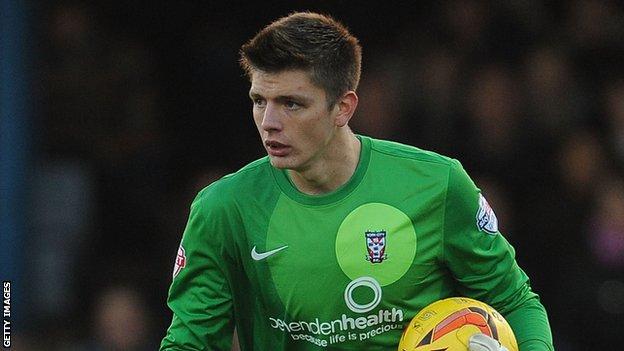 York City have signed Charlton goalkeeper Nick Pope on loan until the end of the season.

The 21-year-old joined the Minstermen on a one-month loan in November only to be recalled just a week later when Addicks keeper Ben Hamer picked up an ankle injury.

He made two appearances during his initial stay with the League Two side.

Pope is likely to go straight into the York squad for Saturday's home match against struggling Bristol Rovers.

"I was disappointed to get recalled last time so I'm pleased to be back," he told BBC Radio York.

"I kept an eye on the team's results after I went away and it's good to see that they've put a run of wins together."