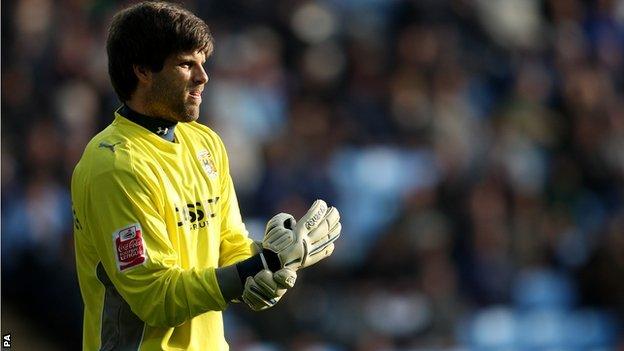 Middlesbrough goalkeeper Dimitrios Konstantopoulos has extended his contract with the Championship club until the end of the season.

The 35-year-old Greek, who played for Hartlepool from 2003-2007, was released by AEK Athens in July and joined Boro.

He had to wait for January's to make his debut, with Shay Given when first-choice Jason Steele injured his ankle,

Konstantopoulos has made 222 career appearances, winning one Greece cap.