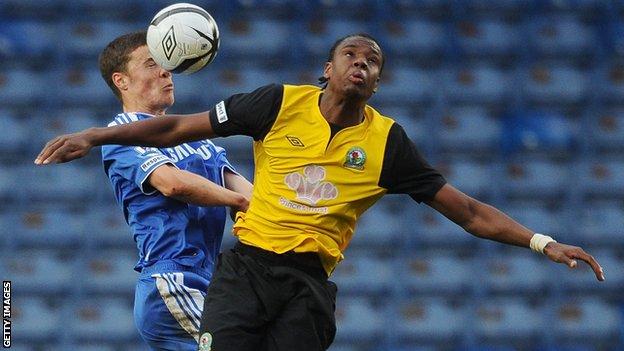 The 19-year-old earlier this month in a deal to run until 3 February.

Last season, he made a temporary switch to Northern Premier League Chorley, but after scoring on his debut, his stay was curtailed by an ankle problem.

The Reds travel to Gainsborough on Saturday and are currently five points adrift at the foot of the table.