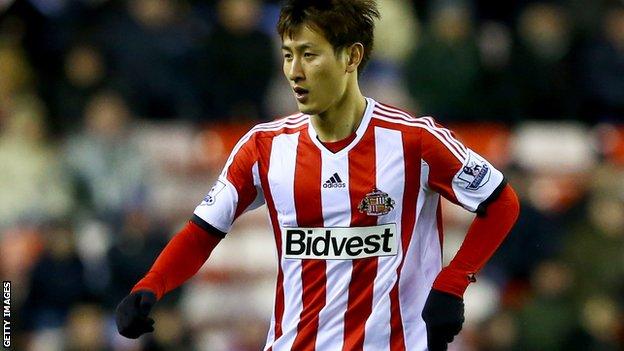 The 22-year-old signed for the Black Cats in June 2011, and started just six matches in all competitions, making a further 22 appearances as a substitute.

Ji Dong-Won scored just two goals during his time at the Stadium of Light, the last of which came against Manchester City on 1 January 2012.

Two of those starts came this month, in the Premier League defeat by Aston Villa and the FA Cup win over Carlisle.

That ended a three-month exile from the side, and he has now rejoined the club to whom he was loaned last season.

In that spell, he scored five goals in 17 league games.

Ji is the second Sunderland player to leave during the January transfer window after midfielder Cabral joined Italian club Genoa on loan.