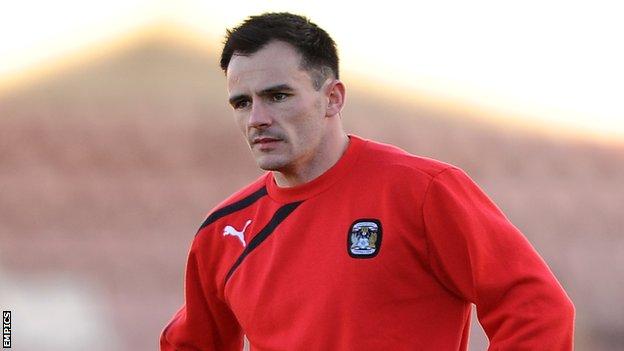 League One side Leyton Orient have signed former Barnsley striker Chris Dagnall on an 18-month deal.

The 27-year-old former Tranmere Rovers, Rochdale and Scunthorpe man was a free agent after being released from his Tykes contract last week.

Dagnall joined Barnsley in January 2012 from Scunthorpe and scored 11 goals in 61 appearances for the Yorkshire club.

He had a loan spell at Coventry earlier this season, where he scored once in six outings.

Dagnall is the fifth player O's manager Russell Slade has brought to the Matchroom Stadium during the January transfer window.

"After sorting my contract with Barnsley, it's great to get a club doing so well in the league and I can get myself settled now," Dagnall told the Leyton Orient website.

"I met the manager and he's a top fella and really sold it to me.

"I want to play as many games as I can and score a few goals and help the club get promoted.

"I'm really looking forward to my debut. I've not really played a huge amount of football this season so I can't wait to get back in to the swing of things."