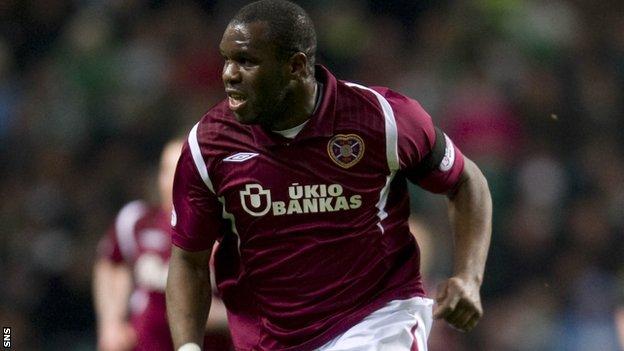 Dundee have signed former Hearts and Sheffield United striker Christian Nade until the end of the season.

The 29-year-old has been training at Dens Park for the last two weeks and will go straight into the squad for Saturday's meeting with Hamilton.

Nade had spells in Cyprus and Thailand after leaving Hearts in 2010.

He agreed to join League One East Fife in the summer but problems with international clearance prevented him from playing until this month.

Dundee are currently without their two main strikers Craig Beattie and Peter McDonald through injury.