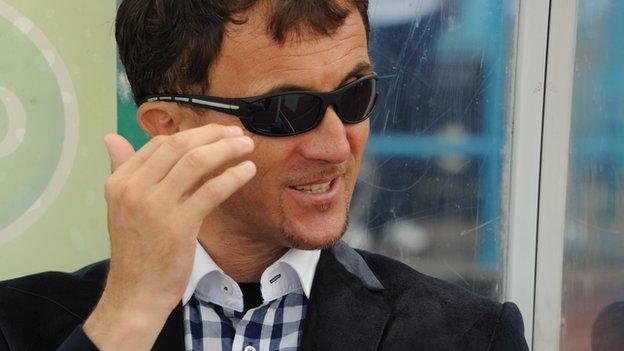 Uganda missed a chance to progress to the quarter-finals of the African Nations Championship as they were held to a goalless draw by Zimbabwe.

The Cranes remain top of Group B after Morocco and Burkina Faso played out a 1-1 Draw in the day's second match.

Brahim El Bahri scored for Morocco in the first minute with Bassirou Ouedraogo equalising in the 88th minute.

The group will be decided on Monday when Morocco face Uganda and Burkina Faso play Zimbabwe.

Chances in the draw between Uganda and Zimbabwe few and far between in a game that was littered with fouls and would not have made pleasant viewing for Uganda's Serbian coach Milutin Sredojevic (pictured).

In the first half Ali Sadiki headed wide for Zimbabwe, while Uganda's Yunus Sentamu fluffed a 12-yard volley.

Zimbabwe's Kudakwashe Mahachi hit the bar with a cross after the break and Charles Sibanda headed off target.

Uganda know they will progress to the last eight if they can avoid defeat in their final match against Morocco on Monday.