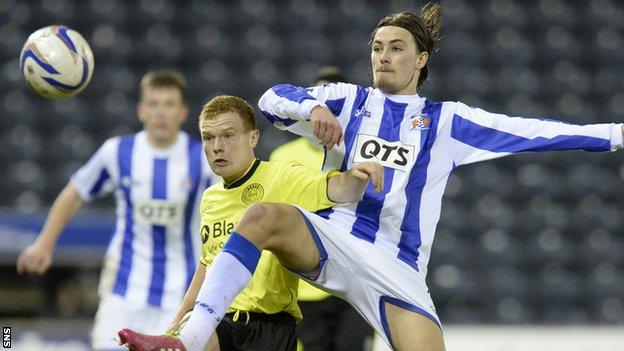 The duo will remain at Rugby Park for the rest of the season, along with Barry Nicholson.

The former Rangers, Aberdeen and Preston midfielder signed a short-term deal in August.

Ismael Bouzid and David Silva agreed short-term deals in September and must prove their fitness to stay on.

Defender Bouzid has played in four games, while Silva has only managed three appearances since rejoining the club.

"David actually picked up another knock yesterday and Bouzid is playing in a bounce game today," said manager Allan Johnston. "We will assess their fitness and make a decision on them.

"We might be able to bring in one, maybe two players hopefully. We have obviously freed up a bit of money but we are cutting back. But we still want to have a competitive team on the pitch."

When asked about his priorities, Johnston said: "It depends on Bouzid and Silva's fitness, whether we look at a centre-half and a wide player. It would be nice to get a striker in as well."