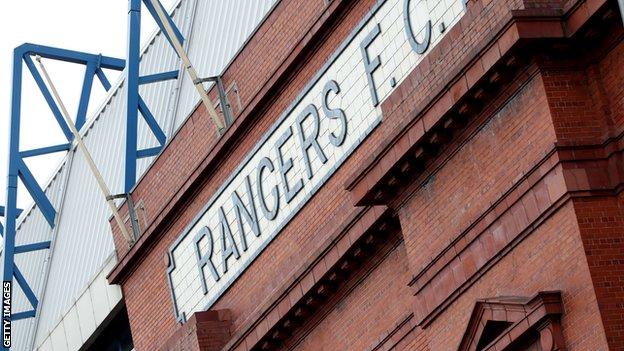 The Rangers squad was asked on Thursday to consider pay cuts of around 15% until summer 2015 as cost-cutting begins in earnest at Ibrox.

The request, put to the players as a possible alternative to some having to be sold, was widely rejected.

Manager Ally McCoist was told by chief executive Graham Wallace earlier this week he needs to cut his budget.

The players' wage bill at the League One side currently stands between £6m and £7m per annum.

A club spokesman told BBC Scotland: "We have a clear and consistent message, namely that we continue to look at all opportunities and review of player costs is a major part of the review.

"The manager and Graham Wallace continue to work closely and Ally knows the magnitude of the challenge and is engaging to help us achieve our financial goals."

Last month Wallace admitted that the League One club's cost base was too high, "even for a top-flight club".

Wallace, a former chief operating officer at Manchester City, arrived at the club in November and is undertaking a comprehensive overhaul of the Ibrox finances, with consultant Philip Nash brought in to aid the process.

Last week, McCoist signed off on a pay cut of around 50%, which he agreed to in October.

In July, Rangers posted a £14m operating loss over a 13-month period, although the club has no bank debt.

Wallace told shareholders at the club's annual general meeting on 19 December that Rangers would require more investment if they were to compete with Celtic on their return to the Scottish Premiership, although he insisted there was no immediate threat of the £22.2m raised in a share-issue a year ago running out.

"We've got a cost-base that is out of alignment with our ability to generate income," Wallace said the day after a fiery AGM.