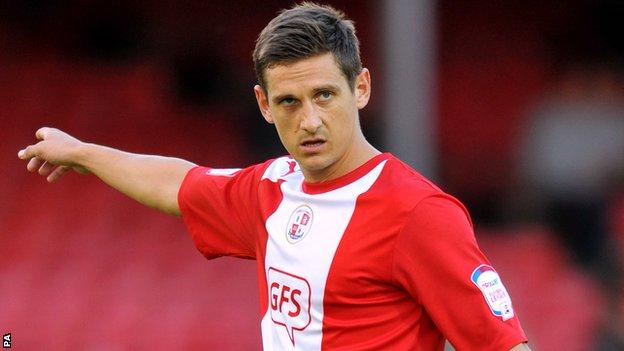 The versatile 30-year-old has signed until the end of the season, with the option of an extra year.

Cooper had been on a short-term deal with Portsmouth, but has joined the Gulls as a free agent.

He started his career at Pompey before moving to Bournemouth, for whom he made more than 200 appearances.

A six-month stay at Crawley Town followed in 2012 before Cooper had a trial at Plainmoor in the summer of 2013, under former manager Alan Knill, but failed to win a contract.

He is expected to go straight into the squad for the crucial League Two clash with bottom-of-the-table Northampton on Saturday.