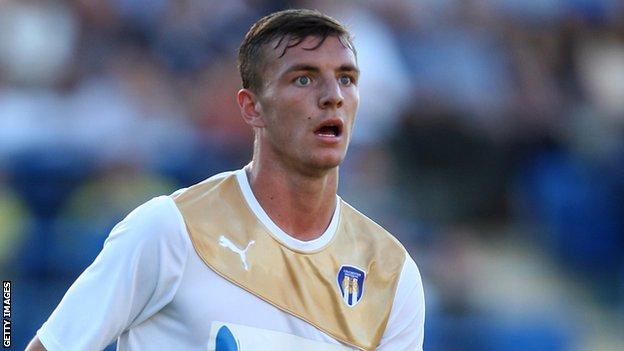 Colchester United have finally secured the future of teenager Alex Gilbey by agreeing a two-and-a-half-year contract with the midfielder.

Gilbey has made 25 appearances so far this season for the U's.

"Alex is one of the youngsters who have made great strides over the past couple of years and we will see him get even better," said Dunne.

"The communication between us as a club and Alex and his representatives has always been open and honest and credit must go to the chairman, Alex and everyone else involved for coming to this wonderful football decision."

Meanwhile, the U's are hopeful of completing the permanent signing of Chelsea goalkeeper Sam Walker.

The 22-year-old has played 47 times for the League One club over two loan spells, and is set to return to his parent club after Saturday's match against Carlisle.

"I think we're nearly there. It's about one or two ends being tied up," Dunne told BBC Essex.

"We'll get the game at the weekend out of the way and we'll hopefully have some good news.

"But until it's done we'll keep our feet on the ground."