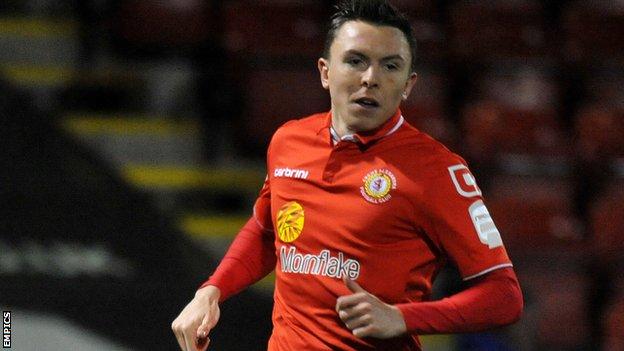 The 29-year-old Scot was first-choice left-back at the Alex for the majority of last season.

But he missed the final month of the campaign with a heel injury that also cost him the chance to play at Wembley in the Johnstone's Paint Trophy final.

He has only made four appearances this term and has now been released to give him the chance to find another club.

Robertson joined the Alex on a free transfer from Chesterfield in July 2012, having previously played for Nottingham Forest and Rotherham in a career that has so far seen him make 273 appearances, scoring four goals.