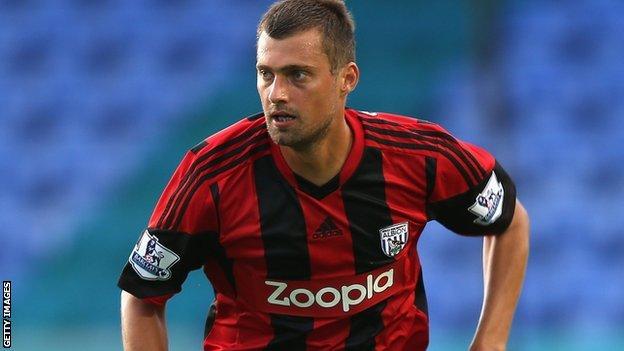 Doncaster Rovers have signed former West Brom defender Gabriel Tamas on a deal until the end of the season.

The 30-year-old Romania international was a free agent after leaving CFR Cluj in his homeland.

Tamas spent three-and-a-half seasons with the Baggies, making 68 league appearances before leaving The Hawthorns in the summer.

If the club receive international clearance in time, he is likely to make his debut in against Wigan on Saturday.