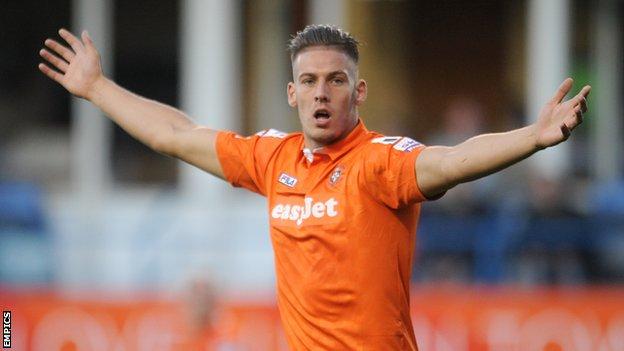 in March 2013 and has scored three times in 18 league outings, including one in six games this term.

The 23-year-old front man becomes the third Luton player to join the Darts side on loan, with Jim Stevenson and David Martin already at Princes Park.

Wall is not eligible to make his debut at Salisbury on Saturday.

Dartford are currently next-to-bottom in the Conference Premier table, seven points from safety after losing 10 for their last 11 games.