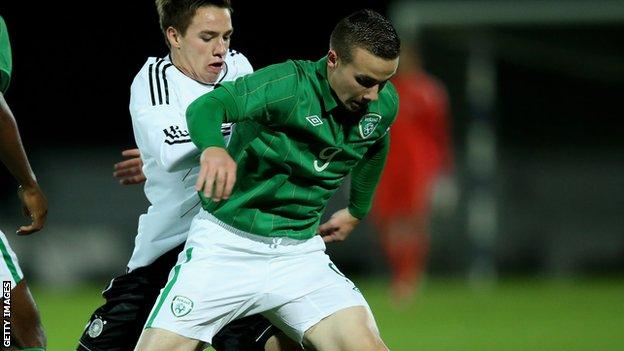 The 19-year-old Republic of Ireland youth international will initially spend the next month at Brunton Park.

Former France defender Chimbonda has made 12 appearances since joining Carlisle in October.

He with Villa last summer but is yet to make his debut for the Premier League side.

"I spoke with Michael and he's hungry to play. He knows the importance of what's happening and what to expect in League One as he's done his homework on us," said manager Graham Kavanagh.

The is due to expire on 19 January.

"His agent says there's interest from other clubs but I'm confident he'll stay as I'd like to think there'll be some loyalty shown to us," Kavanagh explained.