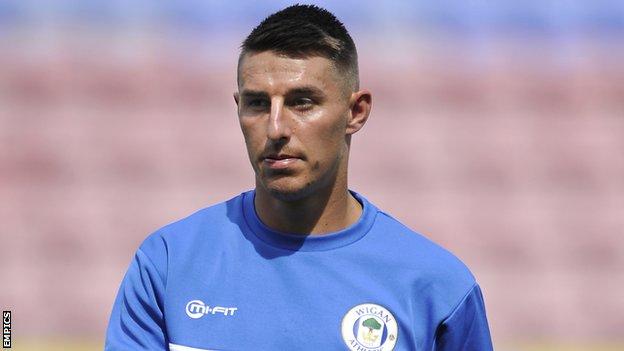 The 22-year-old has featured four times for the Latics, all in the FA Cup.

He made six appearances for the Chairboys' League Two rivals Bury during a loan spell earlier this term, but has not played since 2 November.

"I can't wait to get going, I'm really looking forward to playing games and I'm eager to get back into it," the left-back told the club website.

"I'll give my all in every game and I'll work hard in training. I'll do my defensive duties first and then anything going forward is a bonus."