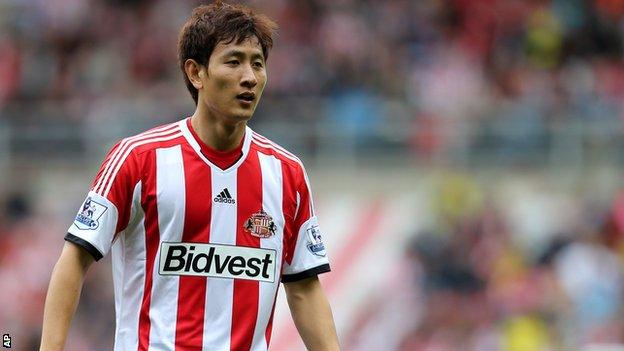 Ji Dong-Won has agreed a four-year deal to join Champions League finalists Borussia Dortmund in the summer - a day after leaving Sunderland for Augsburg.

The South Korea international, 22, left the Premier League strugglers for an undisclosed fee on Thursday to join Augsburg until the end of the season.

And within 24 hours it was announced he will join Bundesliga rivals Dortmund on a free transfer in July.

The Poland striker, 25, agreed a five-year deal with German and European champions Bayern earlier this month.

"Dong-Won Ji is a professional who can play in several positions across the attack," said Dortmund sporting director Michael Zorc.

"We're delighted to be getting this talented player on a free transfer in time for the new season."

Sunderland, who during the summer rejected a £5m bid for Ji from an unnamed German side, reported to be Dortmund, allowed him to rejoin eighth-placed Augsburg for an undisclosed fee.

Last season's Bundesliga runners-up Dortmund, who were beaten by Bayern in the Champions League final at Wembley, are fourth in the current table, 12 points adrift of Pep Guardiola's leaders.