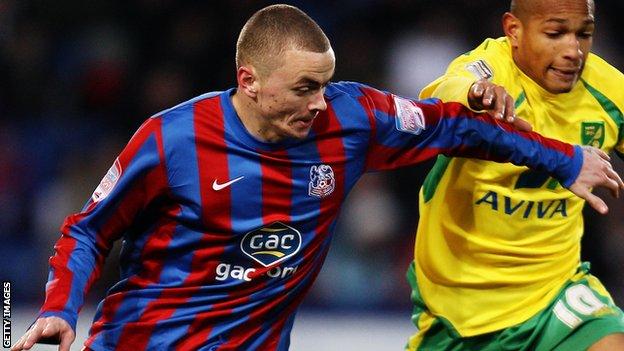 Plymouth Argyle have signed defender Matt Parsons from Premier League side Crystal Palace on a deal until the end of the season.

The 22-year-old, who joins for an undisclosed fee, has loan experience of League Two at Wycombe and Barnet.

"I just wanted to get out and play some games and when I knew Plymouth were interested, I was on it straight away," Parson's told the Argyle website.

Parsons made eight starts for Palace but did not feature in the top flight.

He had been linked with a move to the Pilgrims last summer but the move fell through, partly because of a kidney complaint.

"I was working hard all pre-season then all the work I did just went to pot because I was ill," said Parsons.

"I had a little complaint in my kidneys and was in hospital for five days, and couldn't play football for two months. I was on medication after that, so I haven't really had much game-time from then until now."

Parsons follows in the footsteps of midfielder Jason Banton in making the move from the Eagles to Home Park.

"He told me about the manager, the players, everyone at the club, and I came to watch the game last Saturday and was impressed," said Parsons.