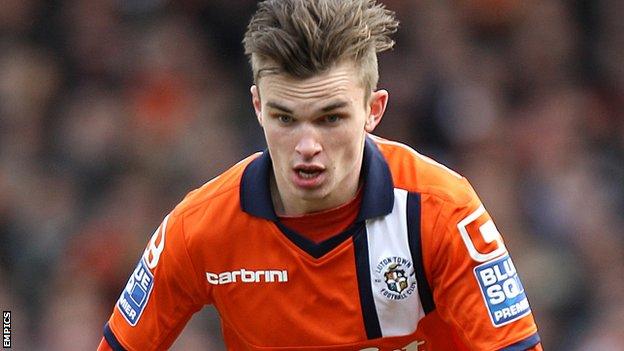 The 22-year-old, primarily a midfielder, but able to deputise at full-back, made 34 appearances for Luton last season.

This term, he has featured just three times for the Hatters and spent where he played five games.

He is available for Saturday's trip to Grimsby, with fellow new recruit, also likely to be in the squad.