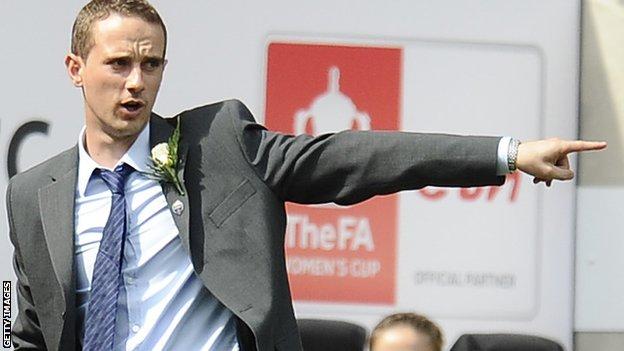 Chelsea forward Eniola Aluko got her new boss off to a great start in the friendly against the Euro 2013 runners-up when she fired in an early opener.

England's Lianne Sanderson had a header saved before Melissa Bjanesoy headed in from a corner with three minutes left to pull Norway level in La Manga.

"There were lots of positives in the performance," said Sampson.

"To play against a strong side and show those qualities, I was very pleased."

Boston Breakers striker Sanderson was making her first appearance since a three-year absence following a fall-out with Powell, but she missed from close range after debutant Demi Stokes's left-wing cross.

England goalkeeper Karen Bardsley had earlier pulled off decent saves either side of the break to deny Elise Thorsnes and Kristine Minde.