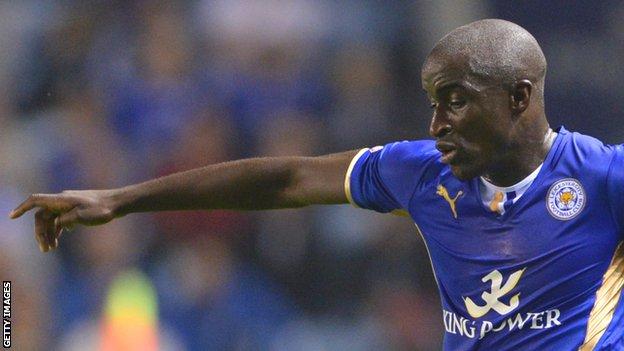 The 27-year-old joins the Glovers as injury cover for Liam Davis, who is out for up to six weeks with a broken toe.

Bakayogo, who came through Paris St-Germain youth system, signed a two-year contract with the Foxes in the summer having left League One side Tranmere.

He is yet to play a Championship game this term and is available to face Birmingham on Saturday.

The Ivorian's only appearances for the Foxes so far came in the Capital One Cup, where he started in the wins against Carlisle and, most recently, against Derby County in September.

Bakayogo made 146 appearances in all competitions for Tranmere in a four-year spell at Prenton Park.