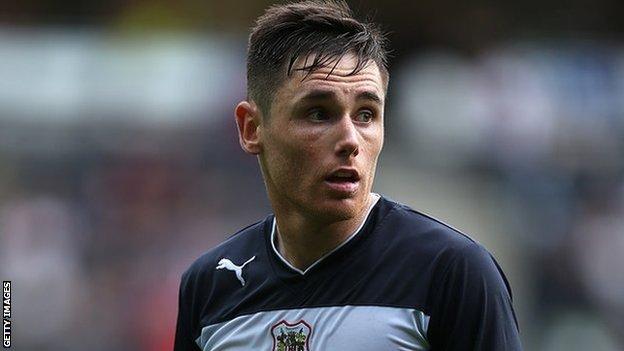 Tansey had left Caledonian Stadium for the English League One club in 2012.

Manager John Hughes claimed clubs in England and Scotland were also interested in Tansey before he signed an 18-month contract in Inverness.

"We faced tough competition to get him on board from down south and from clubs within the SPFL," he said.

"But we are very pleased he has chosen to join us and he will add to the strength in depth within our squad.

"He will go straight in to this weekend's squad for the game in Aberdeen, subject to international clearance."

after being released by Brighton, but the 22-year-old only made 16 appearances for Caley Thistle - all from the substitutes' bench.

Hughes had also at the start of January.

"We must adhere to our budgets at the club, but Toby and Curtis have moved on and Greg is our first addition to the squad, so we are still looking for cover up front," said Hughes.

He had made 22 appearances for Stevenage this season, scoring three times for the side who sit bottom of the League One table, but the 25-year-old is delighted to have returned to Scotland's top flight.

"I know the lads and I thoroughly enjoyed my last spell at the club," Tansey told the Inverness website.

"We have some exciting games coming up and I look forward to helping the club continue their magnificent progress over the past couple of years."