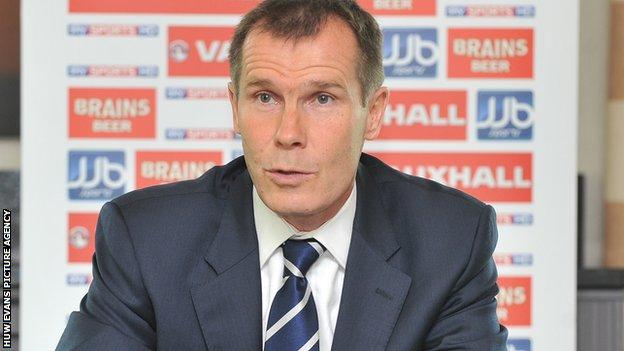 Matikainen has been in charge since October, 2010 and oversaw the first Uefa tournament to be held in Wales, the Women's Under 19 finals in the summer of 2013.

"It has been a fantastic challenge and experience both on and off the field." said Matikainen.

FAW chief Jonathan Ford said: "He has improved the quality at all levels."

The FAW is hopeful Matikainen can remain involved with the nation's senior women's team as they challenge for a place at the 2015 World Cup in Canada.

A statement read: "The FAW are discussing with Jarmo the possibility of his involvement in the senior women's team and their remaining matches in the World Cup qualifying campaign."

Ford added: "He has brought a new level of professionalism into the women's game in terms of facilities, preparation and results."

Matikainen said: " I hope the women's game continues to go from strength to strength in this country.

"Players, coaches and Welsh football people have been brilliant to work with.

"Their passion and commitment has always been a delight and a source of strength."