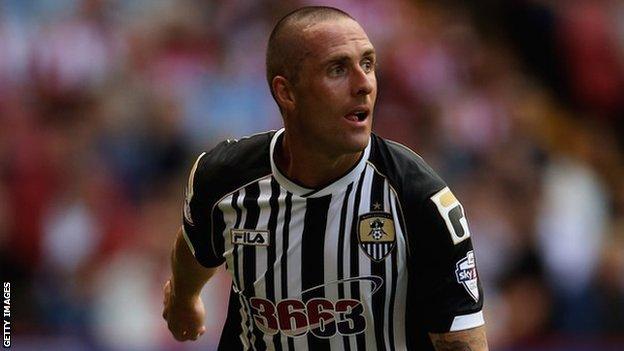 And the 25-year-old French striker aims to recapture last season's Notts County form while in Dingwall.

"My former team-mate at Notts County told me it was good football and it would be good for me," said Arquin.

"Last season, I was the top scorer, but this season a new manager came and I was training with the reserves."

He's got a good touch, he's good in the air. He's got good vision as well

Arquin, who once played for Paris St Germain's B side, scored nine goals in 47 games in his first season with the Magpies after leaving Red Star.

But he only played 18 times this season, scoring four times, and has not featured since November, when Shaun Derry took over after Chris Kiwomya and Mick Jones left the club.

"But that's in the past," he said through an interpreter ahead of a possible debut against Dundee United in the Scottish Premiership on Saturday.

"I want to prove I can help the team. It's a good opportunity for myself and the club to move forward.

"I have speed, I am good in the air and I can shoot and create goals."

Arquin's only experience of Scottish football has been watching games involving Celtic and Rangers on television, but he enjoyed his two-week trial in Dingwall.

Manager Derek Adams said: "He can score goals and take the team up the park.

"He's got a good touch, he's good in the air. He's got good vision as well and that, added to the strikers we have already got at the club, then he is hopefully going to do well for us."

Adams has also added this month.

However, Adams insisted he would not force any player out of the Dingwall club in January despite looking to continue his signing spree.

"The only way that would happen is if a player wants more game time and he wants to go out on loan or move permanently," he added.

"That will be up to the player, I won't be moving anybody out myself."