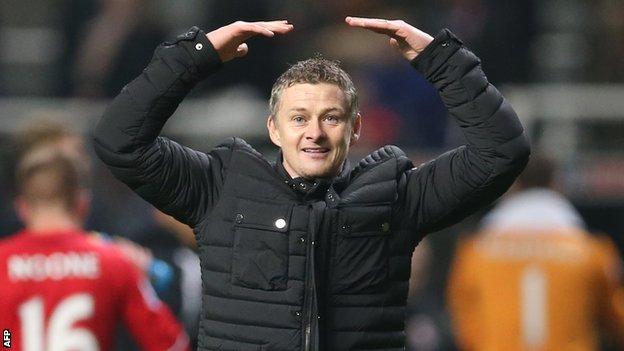 Cardiff manager Ole Gunnar Solskjaer is confident he has the backing of owner Vincent Tan in the transfer market.

Ahead of the Bluebirds' Premier League game at Manchester City on Saturday, Solskjaer said: "He [Tan] trusts me to make the football decisions."

That potential signing has cooled, though, while Solskjaer has loaned forward Nicky Maynard to Championship side Wigan.

The former Molde coach, 40, says Tan is a "winner" who wants all of his businesses to succeed.

"Of course, short-term now it's important that we stay in the Premier League," he added as he contemplated more potential recruits during the January transfer window.

"But then again he's reassured me that we are looking to strengthen if the right people are available.

"So it's not like 'you've got X-amount of money'. It's my job now to find value for money and the put it to him and he's been very open to discussion."

Mackay's removal followed a public row with Tan, who wrote to the manager on 16 December asking him to resign or be sacked.

The 41-year-old Scot refused to resign, and subsequently led the team in matches against Liverpool and Southampton before his dismissal.

Solskjaer was named as his replacement on 2 January, but a 2-0 home defeat by West Ham last weekend saw Cardiff slip into the bottom three.