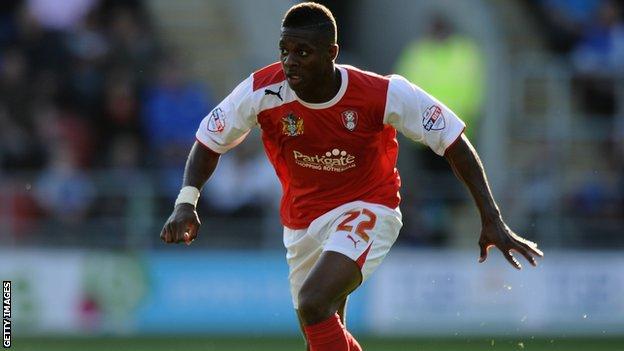 Kieran Agard's last-gasp equaliser earned Rotherham a point against Crawley in League One.

On-loan striker Matt Tubbs slotted in from close range for the first goal of his second spell at Crawley, against the side he played for until 6 January.

Agard equalised from the penalty spot after Ben Pringle was felled by Joe Walsh before Tubbs set up Josh Simpson to restore Crawley's lead.

"We're looking at our clocks and those five minutes [of extra time] have gone, and in that extra fifty seconds they go and equalise. It seemed like a lifetime for us and I was anticipating the referee to blow his whistle before [the goal].

"Rotherham are very direct but we dealt with everything they threw at us. We had opportunities to have gone 3-1 up and the game would've been over but they're things we are slowly learning and improving on.

"I look back at the 90 minutes and there were so many good things that we will build upon and slowly as a team we will improve week after week. There's a great resilience that runs through the team."