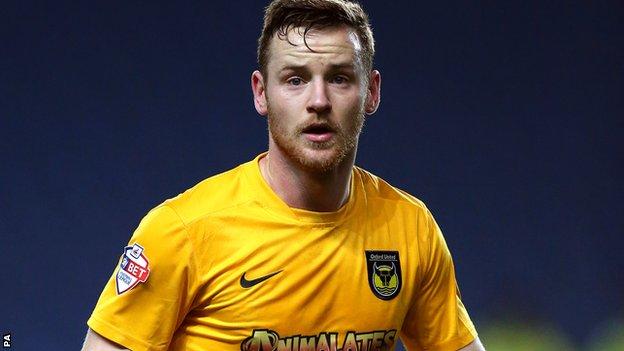 Oxford climbed to sixth place in League Two with a deserved win over Torquay.

Torquay made a poor start, allowing Ryan Williams to run through the centre of their defence before feeding Deane Smalley to score with a simple finish.

Kevin Nicholson's free-kick and Joss Labadie's follow-up were Torquay's sole efforts in a disappointing first half.

Smalley's goalbound effort was cleared off the line by Anthony O'Connor, while Nicholson's free-kick hit the bar late on as Torquay stayed in the bottom two.

Oxford captain Jake Wright bravely headed the resulting loose ball over his own bar, but took a heavy knock in doing so and had to be carried off on a stretcher.

U's owner Ian Lenagan claimed after the game that with the former Halifax manger linked to the Northampton Town vacancy.