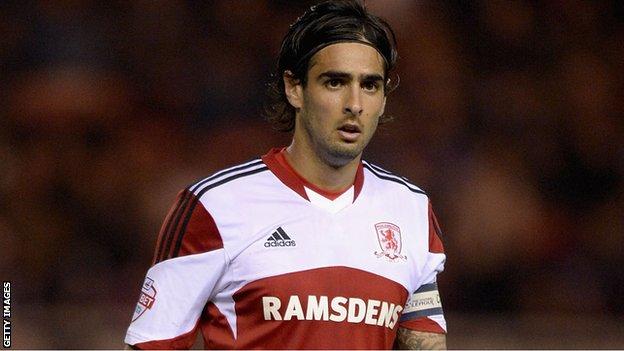 Williams, a former Boro captain, can play in defence or as a midfielder.

The 25-year-old represented Wales Under-21s 10 times before opting to play for Australia - the country of his birth - at senior level.

Laudrup said on Friday that the injuries to de Guzman and Canas had put pressure on his team.

"Things changed dramatically when we lost Jonathan de Guzman and Jose Canas in the space of a few days," he said.

"The injury to Canas will probably keep him out for about four weeks, and suddenly we only had two (fit) midfield players.

"Then I looked into the possibility of bringing Ki [Ki Sung-Yeung] back, but the loan agreement [with Sunderland] said it should have been done by the end of December, so it's not a possibility.

"The only way we can change that is if Ki and both clubs all agree to end the loan - but of course Sunderland are not going to do that."

The Swans are on a run of no wins in seven Premier League matches and have lost four more games than at this stage of last season.