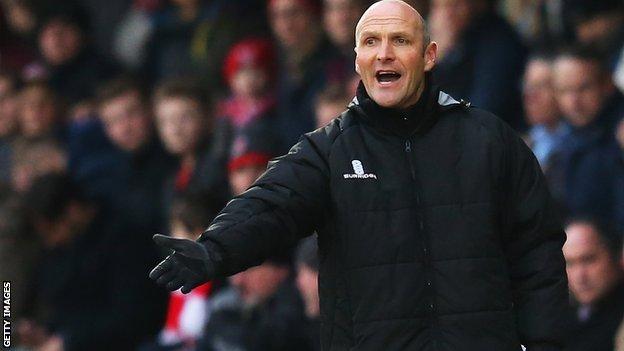 Chester have appointed ex-Kidderminster Harriers boss Steve Burr as manager on a deal until the end of the season.

The 54-year-old was sacked by Harriers earlier this month after almost four years at Aggborough.

Burr replaces Neil Young, who left the club on 8 January after leading the side to just four wins in 25 matches this season.

The former Northwich Victoria boss will take charge of the team for the first time against Barnet on Saturday.

Vice-chairman Steve Ashton told the club website: "Steve's record speaks for itself, often regarded as the best manager outside the Football League, this is a fantastic appointment for Chester FC.

"He is a perfect fit for our club values, and is held in very high regard throughout football.

"We are completely confident Steve is the best man to ensure our survival in the Conference Premier, and we look forward to working with him in the coming months and hopefully years."

After successive sixth-place finishes in his first two full seasons in charge, Burr guided Kidderminster to second place in the 2012-13 campaign before losing out to Wrexham in the play-offs.

He turned down an approach for the vacancy at Forest Green in November last year, choosing to remain with Harriers.

However, despite holding League One Peterborough to a 0-0 FA Cup draw in his final match in charge, he was relieved of his duties with the club having won just one of their last five league matches and replaced by Andy Thorn.