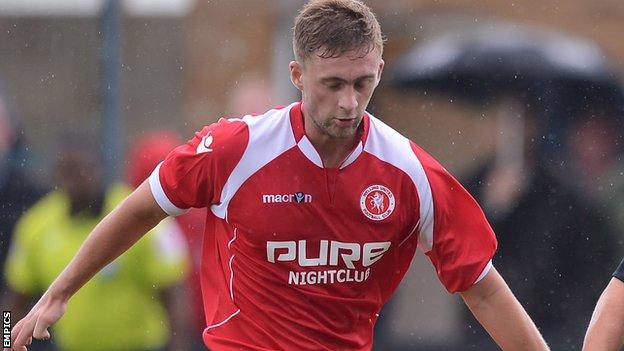 Luton Town have completed the signing of Welling United centre-back Fraser Franks for an undisclosed fee.

The 23-year-old England C international has signed an 18-month deal with Luton.

Former Brentford trainee Franks joined Welling in the summer of 2012 and made a total of 71 appearances for the Wings, scoring four goals.

"He has always shown a great attitude in games and training, and deserves to move back into full-time football," Welling manager Jamie Day said.

"All the staff wish him the best of luck with his new path and hopefully he develops further.

"We hope that this again shows that Welling is a club that can develop young players and they can move on when they are ready."