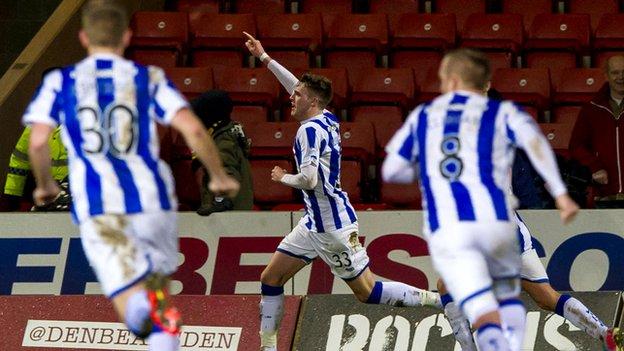 Muirhead reacted to convert the rebound of Kris Boyd's saved penalty in the 90th minute.

"You would bet your house on him [Boyd] scoring," said Johnston. "But Muirhead followed it up like all good strikers do and got his goal.

"I thought Muirhead was fantastic - he got into a lot of good areas."

It leaves Partick Thistle, for whom Kallum Higginbotham scored, still searching for their first home win in this Scottish Premiership season.

"Higginbotham got the goal, but I don't think there was too much anyone could have done about it," Johnston told BBC Radio Scotland.

"I thought in the first half we looked as though we weren't at the races - they picked up every second ball.

"Whereas in the second half, I thought we controlled the game, we got our just rewards by getting a goal at the end.

"Partick Thistle looked sharper in the first half, but in the second half we got the ball down and relaxed.

"We started playing, we created a chance and Boydy was unlucky not to score.