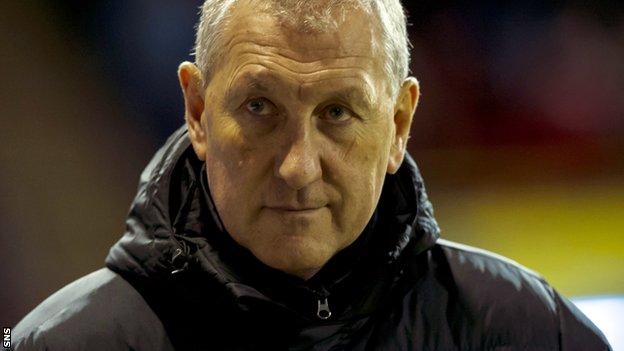 Terry Butcher said his Hibs team paid dearly for a "wretched" first-half display in the 3-2 defeat by St Mirren.

The Edinburgh side conceded three first-half goals and, despite a James Collins brace, Hibs lost to a resurgent Buddies.

"That was one of the most wretched 45 minutes I have seen from one of my teams," said Butcher.

"That was absolutely abysmal and there were a few choice words. It tells me the squad depth isn't there."

Butcher added: "We only had six subs because some were injured and I felt others didn't deserve to be on the bench.

"There's a few players in the first half whose performances said to me 'I'm not good enough gaffer, get someone else in'.

"They were going to have Monday off, but I've got them in now and I'm going to work them hard.

"It's baffling as to where that performance came from."