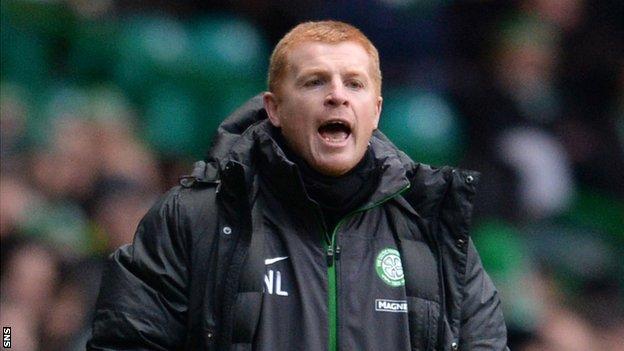 Neil Lennon has dampened speculation linking him with a move to Norwich City but admits to being "flattered" by it.

Reports suggest the Celtic boss could be a candidate for the Canaries job but Chris Hughton's position was helped by Saturday's 1-0 league win over Hull.

Lennon said on Saturday evening: "It's just speculation but I think they won, so I'm delighted for Chris. I think he'll be safe for another while.

"He's doing a good job and keeping them out of the bottom three."

The Celtic manager was speaking following in which Kris Commons took his goal tally for the season to 19 with a double, and former Hoops captain Stephen McManus scored an own goal.

Lennon added about the reports about Carrow Road: "I cannot help the speculation. I'm flattered, but he's a good man and a good manager in that job so good luck to him."

Hughton, whose side are five points above the Premier League relegation zone in 12th, spoke about the unwelcome focus on his position following the late win over Hull.

He said: "It is never nice when there is a lot of criticism around, but it is part and parcel of the game."

Attacking midfielder Commons does not want to see Lennon leave Celtic Park but says he can understand why there is interest.

"The more we do, the manager is going to be linked with various jobs," he said.

"It is probably the crunch time of the season when there is going to be ins and outs with managers, with teams not performing as well.

"Our manager is one of the best in the country, so I think he is going to be linked with many more."

Meanwhile, Lennon has denied any interest in Norwich and Scotland forward Robert Snodgrass.

"There's nothing in that," he said.

"I'm going to get linked with a lot of players but I'm not going to talk about players who are contracted to other clubs."