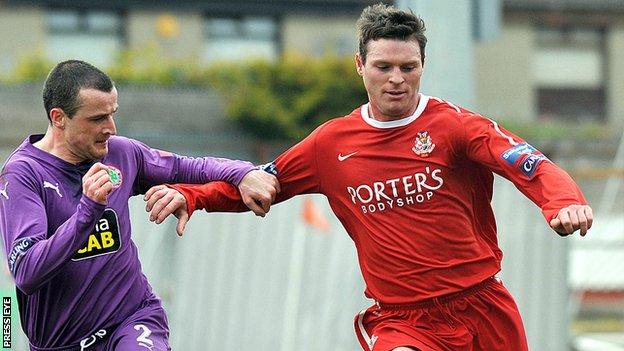 Portadown have confirmed that transfer-listed striker Kevin Braniff is set to relocate to Australia in February.

The former Ports skipper had been the subject of interest from Premiership rivals Linfield and Cliftonville.

"Contractual issues between Kevin and Portadown are still in the process of being resolved," said a statement issued by the Shamrock Park club.

Braniff was made available and fined in November after what Portadown termed "a breach of club discipline".

The surprise move came just two days after the Ports were hammered 4-0 by Ballymena United in the quarter-finals of the League Cup.

In a newspaper interview conducted at the time, Braniff revealed he had earlier had a row with manager Ronnie McFall.

The striker said he felt he had been singled out by the veteran Ports boss and explained the the pair had clashed after a 4-2 defeat by Glenavon in a live TV game.

The former Millwall player is regarded as one of the most technically gifted players in the Irish League.

In 2010, he won a senior Northern Ireland cap under Nigel Worthington, playing in a friendly against Turkey in the United States.

Both Linfield manager David Jeffrey and Cliftonville counterpart Tommy Breslin had indicated that they held talks with Ports boss Ronnie McFall abou a move for the 30-year-old, but it now appears that his future lies 'Down Under'.