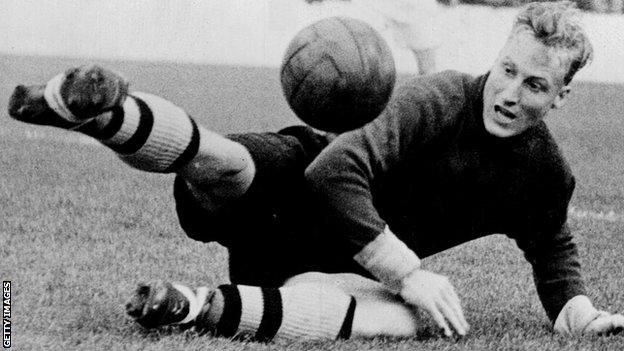 Williams joined Wolves from Walsall after the Second World War and went on to make 420 appearances for the club.

Williams won 24 caps for England and was in goal for the 1-0 defeat by the United States at the 1950 World Cup. He was the oldest living England international prior to his death.

He received an MBE for services to football and charity in the Queen's Birthday honours list in June 2010.

Williams was involved in several fundraising campaigns for the Alzheimer's Society after his wife Evelyn died from the illness in 2002.

"As a young football fan who used to read about the achievements of that all-conquering Wolves team of the 1950s, it was an honour and a privilege to have been able to meet Bert on so many occasions since I arrived at the club in 2007," Morgan told the club website.

"His footballing ability speaks for itself, but there was so much more to Bert than just his career alone.

"He remained heavily involved with Wolves and the community after his retirement, and the fundraising he has carried out since losing his wife was incredible when you consider his advancing years.

"Legend is a word which may be overused these days, but in the case of Bert Williams it simply doesn't do him justice. He will be sadly missed at Molineux, but will never, ever be forgotten."

Williams made 381 league appearances for Wolves and also featured in many of the pioneering floodlit games at Molineux against top European club sides in the 1950s.

He was part of the England side which lost 1-0 to the United States in the 1950 World Cup, arguably the national side's biggest shock defeat.

In 2010, Williams said the hurt of the defeat "will never go away". His death means that Sir Tom Finney and Roy Bentley are the only survivors from the side that lost at Belo Horizonte in Brazil.

"I first saw Bert playing for Wolves in the cup final - and then when he was playing for England," Banks said.

"I used to admire this guy so much. He was so athletic, so agile; he used to get to the ball in the top corner - such fabulous agility.

"By watching goalkeepers at that time, especially the great ones like Bert, it taught me things. He was fantastic, a great, great guy."

Wolves are set to announce a tribute to Williams in due course. 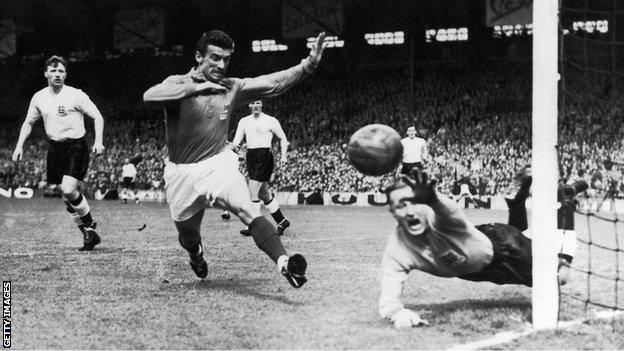 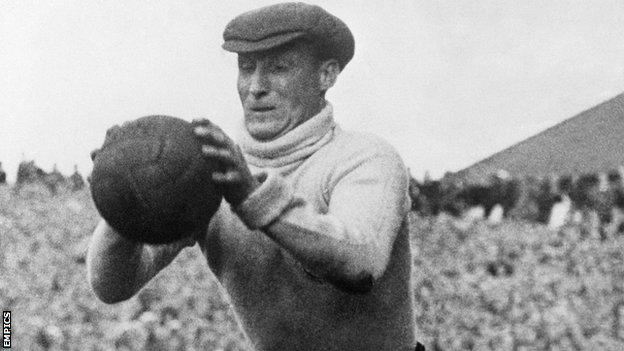 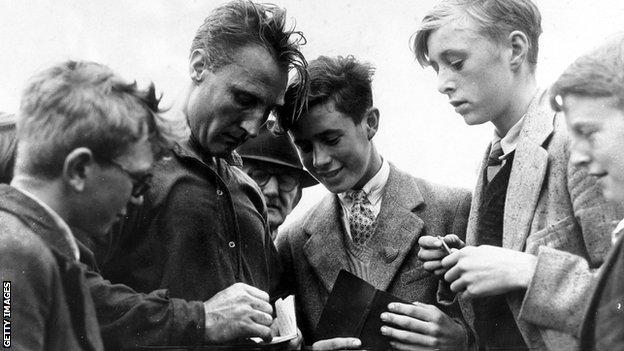