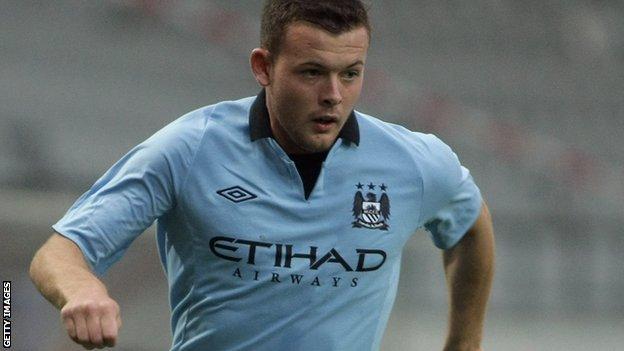 Huddersfield have signed striker Harry Bunn on a deal until the end of the season after he was released by Manchester City.

The 21-year-old joined the Terriers on loan in November, but is yet to make his debut for the Championship side.

"We were pleased with what we saw of Harry and he did well in a short space of time," Town boss Mark Robins told the club website.

"We'll continue to monitor his progress here for the rest of the season."

Bunn previously had loan spells with Rochdale, Preston, Oldham,Crewe and Sheffield United, while on the books at the Etihad Stadium.

During his time with Crewe, Bunn suffered a knee injury - which kept him out of league football for a year.