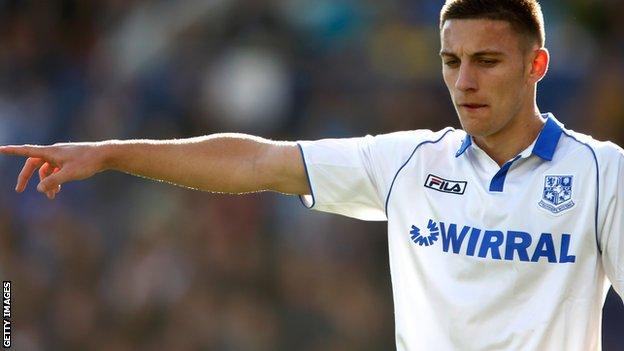 League One side Tranmere have re-signed Wolves striker Jake Cassidy for the third time on a three-month loan.

The 20-year-old scored 11 goals for Rovers last season, following a similar spell in the 2011-12 season when he scored five times in 10 games.

The Wales Under-21 international, who has made 25 appearances for Wolves, completed his move on Friday.

"Jake is a goalscorer who will add to our attacking options," Rovers manager Ronnie Moore told the club website.

"He works hard, he leads the line and he's got a fantastic attitude. I'm delighted to be able to bring Jake back to Prenton Park."

Following a successful first spell at Rovers, Cassidy returned to Tranmere last term, scoring 11 times in 28 appearances and was named League One Player of the Month in September 2013.

Meanwhile, midfielder Tom Hateley has left the club following the expiration of his four-month contract.

Hateley joined in September and made 10 appearances for the side and recently went on trial at Polish side Slask Wroclaw.