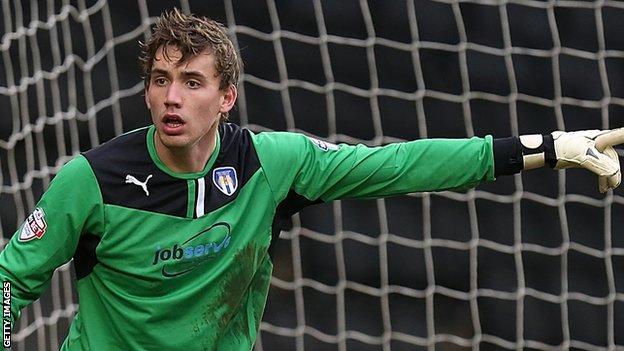 Colchester United have completed the signing of Chelsea keeper Sam Walker on an 18-month contract.

The 22-year-old finished his second loan spell at the club at the weekend, playing in a 4-2 win at Carlisle.

He has played 26 times for the U's this season, keeping seven clean sheets.

"He is another young and hungry footballer who has decided to come here and play, which is great testament to what we are doing here at Colchester," boss Joe Dunne told the club website.

Walker joined Chelsea while still at school but never made a senior appearance for the Blues.

Instead, he gained experience on loan at Barnet, Northampton, Yeovil and Bristol Rovers, before starting his first spell at Colchester last season.

Dunne may also be keen to bring in a new defender, with Tom Eastman playing the majority of the weekend's victory - a fourth win in six for Colchester - despite a knock to his lower back.

"He was probably playing about 30% fit. He wasn't coming off though and that's part of what we need here," added Dunne.