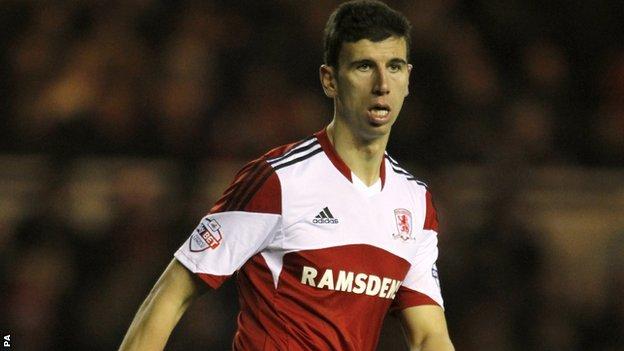 Middlesbrough have signed Norwich defender Daniel Ayala for fee thought to be £350,000, after a loan spell.

The Spaniard, 23, has made 12 league starts since in October, double his tally during two-and-a-half years at Carrow Road.

Ayala spent last season but did not play after the

Karanka in November, and since then goalkeeper defender and midfielder have all arrived on loan deals.