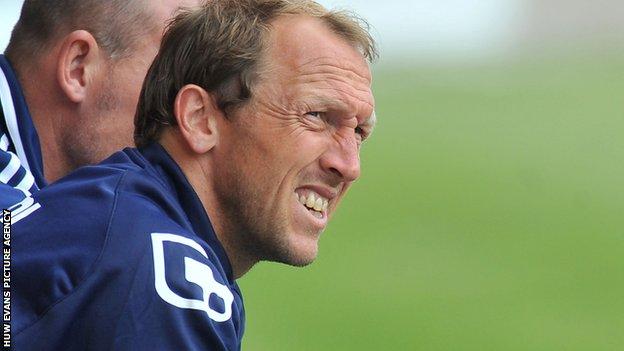 Andy Morrell says he will only sign players he feels will improve Wrexham's current squad.

"There's no point bringing people in for people's sake. [We've] got to use the funds right to make us a better team," Morrell said.

"They've got to be right for our group, but if they are then there's no reason why we can't go and throw our hat in the ring."

The Wrexham player-manager was left frustrated in his attempts to strengthen his side's defensive options with Hyde's Luke Ashworth rejecting a move to the Racecourse.

Morrell is keen to strengthen Wrexham's defensive options and has targeted a forward following Adrian Cieslewicz's move to Kidderminster Harriers.

"We're talking to managers and agents and we're trying to get the people we want are right," Morrell added.

"We're working hard to try and bring a couple of new faces in to lift the group as well as make us better.

"I'm hopefully of something maybe happening over the next week or so. We've missed out on a couple but players become available all of the time.

"You've got to get in there and get your phone calls in and get it done and dusted as quickly as you can but we're working hard."

Wrexham, whose Conference Premier game at Luton Town was postponed on Saturday, travel to Southport on Tuesday.

Striker Rob Ogleby is a doubt for the game at Haig Avenue with a hamstring injury but captain Dean Keates is set to return after missing the last six matches.